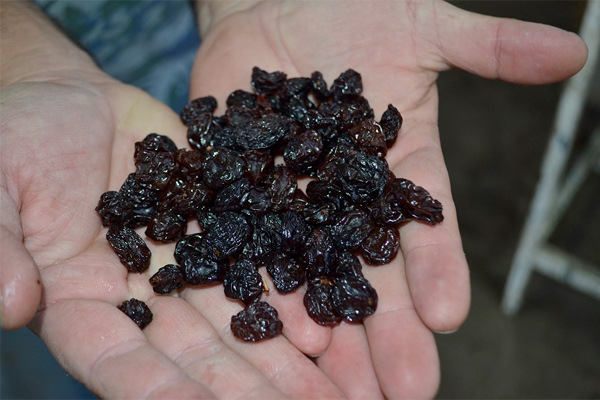 Small producers from the Aconcagua Valley export their raisins to England, Germany and Italy

My fruit. This is the name of the successful joint-stock company that eight years ago brought together 28 table grape producers from the Aconcagua Valley, INDAP users from the communes of San Esteban and Santa María, in the Province of Los Andes, and which has already managed to export important volumes of raisins – in addition to fresh fruit – to England, Germany and Italy.

But to reach the demanding European markets, small farmers had to overcome a series of obstacles, such as knowing how to arm themselves as a company and comply with all the quality standards required by international trade.

Cristian Lepe, manager and partner of Mi Fruta, says that everything started with an Innova Corfo project: “They had a request from a Fair Trade client from England who needed raisins. It was a novel project to develop in Chile and fit the theme of innovation. So they contacted us through INDAP and between both institutions they were helping us to manage and associate the producers ”.

In order to have the services that would ensure the quality of their product, they had to request loans from private banks and INDAP. In a few weeks they made their first export of 200 thousand kilos of raisins to Europe, which was a source of joy and pride for the farmers and the beginning of a promising company.

“We had few resources to set up as a company and at first it cost us, but we had productive capacity, the price was good and everyone was enthusiastic about producing more or leaving raisins. We did all the kilos that they asked us and from that moment we have not stopped exporting ”, comments Lepe.

During the last season, Mi Fruta exported 120 tons of raisins to England -its main customer-, 20 tons to Germany and 8 tons to Italy, figures that they hope to exceed this year. They also sold 95 tons of fresh table grapes to England and 3.2 tons to the United States. Their surplus is sold through other Chilean export companies and for local consumption.

The main varieties that these small producers work are Flame, Thompson and INIA Grape One, the latter 100 percent Chilean and which brings together five Mi Fruta producers under the umbrella of the Associative Development Projects Program (PROFO), financed by CORFO and brokered by Fedefruta.

Once the grapes are dried in the sun and turn into raisins on branches, they are delivered to a processing plant that collects them in wooden bins. Before being packed they are subjected to two processes: Dry (the stalks are eliminated and they are selected in small, medium and jumbo) and Wet (they are washed, dried, subjected to a laser scanner and metal detector and a cosmetic oil is incorporated) . 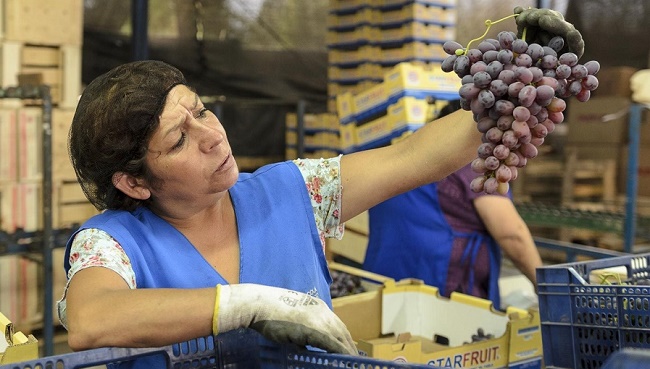 In the major leagues

Cristian Lepe affirms that for the success of this export adventure, the initial support from INDAP was fundamental: “The producers were trained with specialized consultancies and they applied for investment projects to acquire agricultural machinery and supplies and improve the wineries, since it was vital have a Global Gaps certification system, which requires improvement in infrastructure and ensures compliance with environmental regulations, among other things ”.

The company, based in San Felipe, is inspected every year by the FLOCERT certification company to renew its validity and participation in the Faitrade international fair trade system. He also began his incorporation to the Council for Clean Production, with the advice of the University of Chile, and the measurement of the Carbon Footprint.

Guillermo Nieto, producer of the El Higueral de San Esteban sector and one of the 28 members of Mi Fruta, says that this associative project has allowed him to improve their quality of life and give their children a good education: “Before we had to sell our production of grapes and now we have the possibility of exporting raisins directly and at better prices, and those are the weights that give dignity to our work ”.

For the director of INDAP Valparaíso, Marcelo Herrera, “this initiative deserves to be highlighted, because it is a society of small farmers who have managed to reach international markets. It is an experience that as the Ministry of Agriculture and INDAP we want to replicate in Peasant Family Agriculture, because it shows that with effort and organization important projects can be carried out. The exporter also has the Global Gap certification, which works with fair trade and makes customers pay a surcharge considering social support